Meditate & Mental Health: What to Know 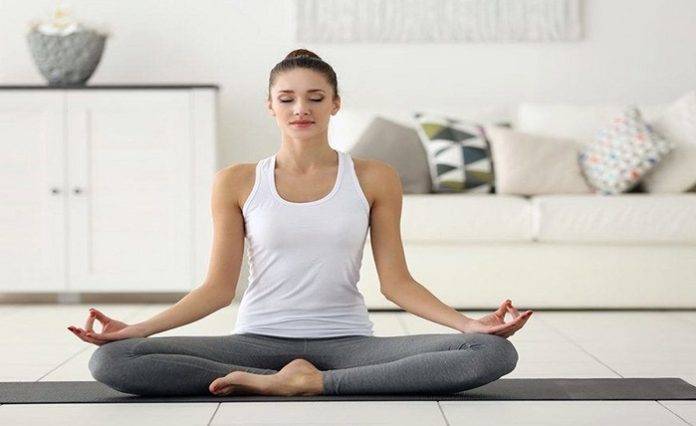 There are many different individuals who utilize meditation on a regular basis, and these techniques have been practiced for thousands of years all over the world. Meditation is a set of techniques that help hide awareness and focus attention, and some information suggests that meditation may also have benefits for an individual’s psychological well-being.

There are a variety of different meditation types and techniques, but the two main types of meditation are concentrated and mindfulness.

Mindfulness meditation can target a variety of different mental issues, like depression, and it focuses on increasing awareness of yourself and being involved in the present moment, not dwelling on the past.

Through studies and trials, researchers have found a connection between meditation and mental health.

Having difficulty sleeping is one of the most common problems that people face. There are many things that can disturb sleep, like stress, insomnia, and sleep disorders. Not getting enough sleep can take a toll on a person and lead to a bad mood, fatigue, and overall tiredness throughout the day, which can affect how these individuals live their day-to-day lives.

There have been studies conducted regarding how effective meditation may be in improving sleep. One such study was conducted in California with 42 older adults in 2012. Half of the participants received meditation training, while the other half were given sleep hygiene education. Both methods improved sleep, but those who received meditation training saw an increased quality of sleep after the clinical trials. This shows meditation is a potential tool for sleep, which can improve an individual’s mental health.

Sometimes, individuals struggle with managing their emotions, particularly negative emotions like anger and fear. In one study, research was conducted on 15 different people who had never performed meditation, as well as 12 individuals who were experienced with meditation. All of the participants were asked to remember an experience that made them angry; those who had never practiced meditation experienced heightened blood pressure, a higher breathing rate, and an increase in heart rate. Those who were experienced in meditation, on the other hand, did not have much of a reaction.

During the second part of this experiment, those who had no experience with meditation were asked to meditate for 20 minutes, and when they were asked to relive the anger once more, they had less of a physical response. This shows that meditation can help individuals better manage their negative emotions.

Meditation has also proven to be effective in handling stress, and there are also stress-relieving drinks available that achieve the same purpose.

Anxiety and depression can have detrimental effects on an individual’s mental health and prevent them from living normally. Meditation has also been used to reduce anxiety and depression and individuals; in one study, there were 22 participants, and the results showed that mindfulness meditation helped to substantially reduce their levels of depression and anxiety. Even more incredible is the fact that out of the group, 20 of them were still using dress reduction techniques after the trial, which they reported in their 3-month follow-up, and 21 of 22 were still utilizing mindfulness breathing techniques regularly.

Overall, throughout the trial and afterward, the participants saw a decrease in their depression and anxiety levels.

Meditation may not have an effect on chronic pain itself, but it can reduce the symptoms that come from the pain, like depression and negative emotions. From an overview of several studies, it was found that meditation lowered the depression scores of the various participants, and the scores were compared with regular treatment and control groups.

For those who are suffering from chronic pain, meditation is an ideal option for managing some of the symptoms because it lacks the side effects and adverse effects that medications that treat the same symptoms can induce.

In studies conducted by Sara Lazar, results have found that mindfulness meditation may actually alter different parts of the brain. From studies conducted in 2011, Lazar and other scientists reported alterations in the gray matter associated with the left hippocampus, the temporoparietal junction (TPJ), the cerebellum, and the posterior cingulate cortex (PCC). Theoretically, these alterations can impact cognitive functions like emotion regulation, memory processes, and learning processes.

Additionally, Lazar found that mindfulness meditation has been shown to affect the part of the brainstem that contains neurotransmitters related to mood, which leads her to believe that these changes can also be related to changes in mood. Lazar also found that meditation has the potential to reduce the density of the amygdala, which is the section of the brain that processes anxiety, fear, and stress.

Meditation has been shown to have a positive effect on the brain, and these studies show that it may also help alter mood.

Essentials for an agile office

What kinds of skills are required to be a nurse?