The Advantages That Come With Eating Russet Potatoes 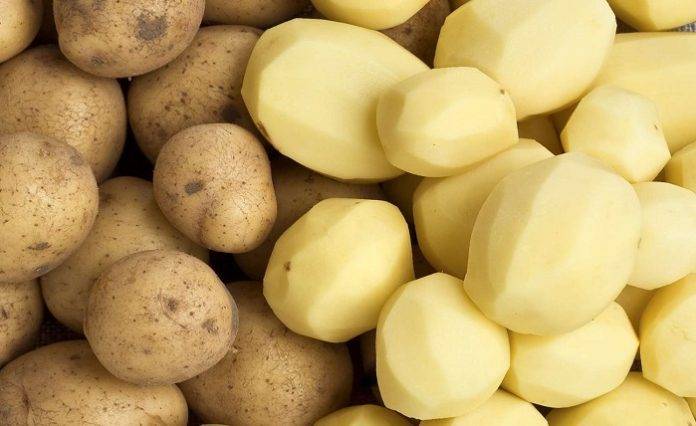 Potatoes are considered one of the most essential staple crops in the world, alongside rice and wheat. Russet potatoes, also known as baking potatoes or Idaho potatoes, are a type of starchy potato that are incredibly healthy as long as you do not cover them with toppings that are heavy in both fat and calories.

A single baked medium-sized russet potato with the skin has 168 calories, 5 grams of protein, and 37 grams of carbs, of which there are 4 grams of fiber. In addition, the potato has been baked. This is equivalent to ten percent of the daily intake for protein and sixteen percent of the daily value for fiber. The potato has both fiber and protein, which work together to make you feel fuller while consuming fewer calories. Additionally, there is some evidence that fiber can assist in reducing the risk of developing diabetes, heart disease, and constipation.

Russet potatoes are versatile enough to be used in a wide variety of dishes. As a result of their poor ability to retain their shape after boiling, they are not a suitable choice for preparing potato salads or soups that contain pieces of potatoes. Instead of topping your baked potatoes with sour cream and butter, you may try sprinkling some salsa on top of them to reduce the amount of fat they contain and increase the number of vitamins they offer, cooking russet potatoes in ways that are healthier and lower in fat, examples of alternate preparation methods include substituting low-fat sour cream or buttermilk for full-fat dairy products when mashing potatoes, as well as baking French fries rather than frying them. When making pureed potato soup, a healthier approach would be to use chicken broth rather than cream the soup.

How to Find the Perfect L-Shaped Desk

Peptides for bodybuilding: Uses and side-effects